THE 40th ANNIVERSARY EDITION
of the untold story of a coach,
a dream and the 1980 U.S. Olympic hockey team

Including a new afterword by Team USA member Ken Morrow.

LEARN MORE
The Boys of Winter

LEARN MORE
They Said It Couldn't Be Done

“This man is greatness personified….
There has never been anyone like this.
And it’s likely there never will be”

The greatest relief pitcher of all time
shares his extraordinary story of
survival, love, and baseball.

THE NEW YORK TIMES BESTSELLER CHRONICLING ONE ATHLETE’S JOURNEY TO BECOME ONE OF THE BEST SOCCER PLAYERS IN U.S. WOMEN’S NATIONAL TEAM HISTORY.

LEARN MORE
When Nobody Was Watching

Wayne Coffey is one of the country’s most acclaimed sports journalists, forging an alternate career route after his initial plan – replacing Mickey Mantle in the Yankee outfield – did not pan out. A former writer for the New York Daily News and the author of more than thirty books, including five New York Times bestsellers, he is a three-time nominee for the Pulitzer and been frequently honored by the Associated Press for his sports feature writing.

Wayne Coffey, a former centerfielder who once ran a 4.5 40 and believed he could beat out any infield grounder, turned to writing in desperation after his childhood plan to replace Mickey Mantle in the Yankee outfield did not pan out. A graduate of Binghamton University with a degree in history and philosophy and a deep appreciation of the Greek philosopher Heraclitus, who believed you could not step in the same river twice, Wayne began his career working for the Associated Press in the Cleveland Bureau, where he learned to write game stories on deadline and to not ask Frank Robinson, then-manager of the Cleveland Indians, hard questions after Indians defeats.

END_OF_DOCUMENT_TOKEN_TO_BE_REPLACED

“Wayne is a master of the storytelling craft. A vivid writer who brings empathy  and curiosity to every project, he is beloved by colleagues and subjects alike. To read his work is to be transported into a world you might never get to visit,  or to understand it far more intimately than you thought possible.”

END_OF_DOCUMENT_TOKEN_TO_BE_REPLACED 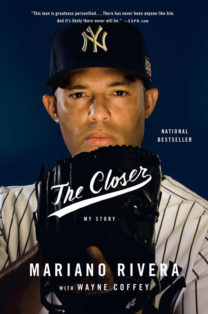